Perhaps no one has shaped NYC culture in the same way that Robert “Bobbito” Garcia has done. There is no limit to Garcia’s skills and passions making him a true renaissance man for the modern, urban era. Wearing many different hats, Garcia has many names, such as DJ Cucumber Slice and Kool Bob Love to correspond with his many talents. As a young DJ, Garcia worked for the University of Colombia’s cult radio station, making a name for himself with his ear for the hottest talent and an intense passion for his native city. Garcia’s radio show, The Stretch Armstrong and Bobbito Show became the go-to source for discovering the latest, hottest talent as Garcia and his co-host worked to bring audiences exclusive songs from names that would go on to make music history. Acts that Garcia helped bring to the world’s attention included, but were not limited to The Notorious B.I.G., Fat Joe, Jay-Z, Wu-Tang Clan and Busta Rhymes.
Not content with becoming the champion of New York’s underground music scene, Garcia has also released a number of critically acclaimed documentaries based on his thirst to curate the best of what the music industry has to offer. Garcia has also worked with a number of high-profile print publications as a writer, editor and photographer in an attempt to document more of New York’s ever-evolving cultural phenomena. However, Garcia has also carved a name for himself as a presenter of various web series, a voiceover for video games, an avid streetball player and even as a design collaborator with Nike, Adidas and Puma. Currently working on the seminal podcast, ‘What’s Good?’ alongside his long-term partner, DJ Stretch Armstrong, Garcia’s cultural commentary continues to distinguish what will be a hit for years to come. 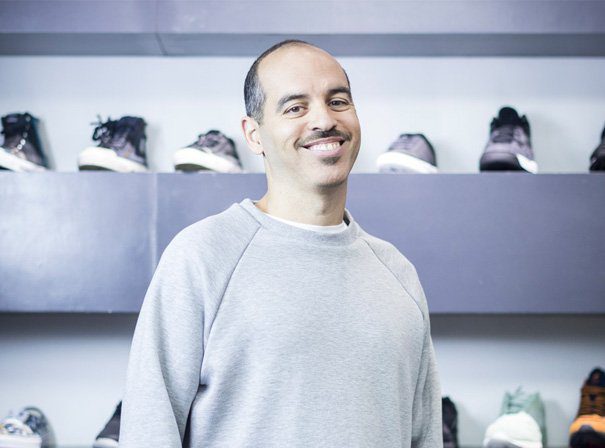