Boris Epshteyn is the Chief Political Commentator for Sinclair Broadcast Group and a senior advisor to Donald Trump’s 2016 campaign for President of the United States. His role in the Trump – Pence Presidential Campaign involved message and strategy, and he also produced and anchored the Trump Tower Live program, interviewing Donald Trump and his family members. Following Trump’s successful campaign, he served as Special Assistant to President Trump and Assistant Communications Director, and was responsible for media appearances by Administration representatives. He also advised on all aspects of White House communications strategy, and coordinated interviews for the Vice President and President. Epshteyn was also the on-air spokesperson for the Administration across both local and national media outlets.

Since resigning from his White House duties in 2017, Epshteyn has worked as the senior political analyst for Sinclair Broadcast Group, one of the largest and diversified television broadcasting companies in the US. He regularly hosts the show Bottom Line with Boris across Sinclair’s media platforms, where he discusses issues from national security to healthcare giving his own unique insights, and has made over 200 appearances in local and national media outlets.

Epshteyn was born in Moscow in the former Soviet Union, and moved to New Jersey as a child. After graduating from Georgetown University Law Center with a law degree, he worked at a finance company before becoming a communications aide with the McCain-Palin election campaign in 2008. In 2016, he rose to prominence as a senior advisor to the Donald Trump campaign, often making television appearances on Trump’s behalf.
A fascinating public speaker, Epshteyn now shares his experience and perspective from his time as a campaign and White House insider, alongside his current role at Sinclair Broadcast Group to enthral audiences on a variety of topics. 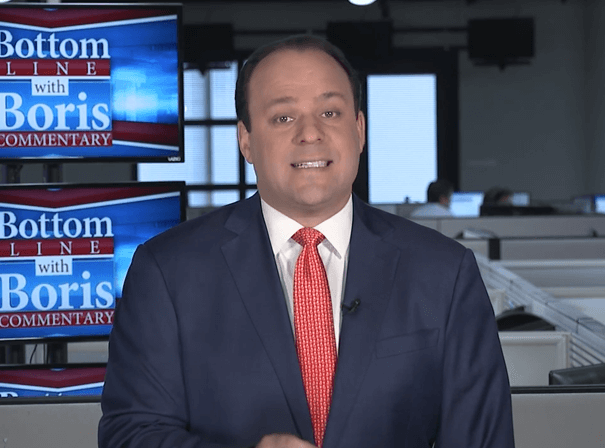