Fierce Seattle drag queen Bosco exploded onto Season 14 of RuPaul’s Drag Race with her killer wit and decadent horror-inspired looks. Edgy, funny and more than happy to bare it all, the self-proclaimed “Demon Queen” from the Emerald City clawed her way to the season finale bringing her own brand of villain drag to the party, embodying horror, confidence, a can-do attitude and often partial nudity. Bosco’s success on Drag Race has now elevated her into the spotlight and landed her a brand partnership deal with Rihanna’s Savage X Fenty.

Bosco hails from the small city of Great Falls, Montana, and began a lifelong education in the performing arts at the age of 7 with formal dance training at a local studio run by her grandfather’s partner. Encouraged in her creative pursuits by parents who were professional touring musicians, Bosco was destined for the stage and began performing in musicals and plays. Her love for dance blended with a dry sense of humour and an eye for fashion was the perfect recipe for drag, but she needed the final push and found it in the city of Seattle. After backup dancing for a drag queen in 2018 something clicked, and Bosco realised she could take on the world of drag herself. After performing for several years in Seattle, Bosco decide to audition for Drag Race and the rest is history.

The Drag Race sensation came out to her 357,000 fans on Instagram as trans in a heartfelt post after rising to stardom on the show, and is now ‘the happiest she’s ever been’. 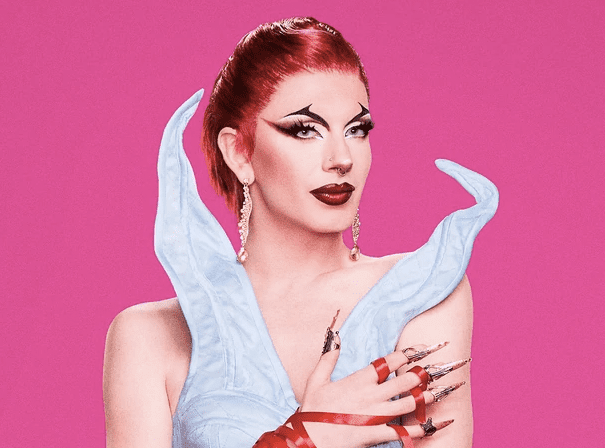