British taekwondo practitioner Bradly Sinden is a World Champion, a Grand Slam and Grand Prix finalist, and a European Championships medallist. Sinden is also a former European Junior and Commonwealth Junior title-holder, and competes in the -68kg and -63kg divisions. The athlete represents GB Taekwondo, and has held the No. 2 position in both the World and Olympic Kyorugi Rankings.

Sinden enjoyed early success at junior level, taking medals at Open events in Belgium, Austria and the Netherlands. In 2014, he earned his first major title, when he took junior bronze at the Commonwealth Championships in Edinburgh, and the following year he matched this with a European Junior Championships win in Daugavspils. Later competing as a senior, Sinden climbed further podiums on the Open circuit, racking up silver medal performances at events such as the Moldova Open and the WT President’s Cup Europe, and taking his first senior gold medal at 2017’s French Open in Paris.

In 2018, Sinden landed bronze at the European Championships in Kazan, a performance he would better just a year later when he claimed silver at the Extra European Championships in Bari. However, the biggest moment of his career yet would come at the 2019 World Championships, where he defeated Spain’s Javier Pérez to take the featherweight title. Besides his World title, other major wins have included golds at the Riga and Belgian Opens, and WT President’s Cup meets in Europe and Africa. Meanwhile, at the Grand Prix, he has scored a clutch of medals, including silver at the competition’s 2019 final in Moscow. 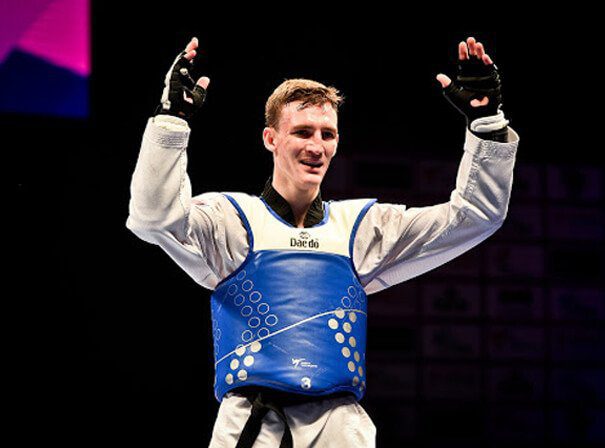