Multi-time champion Brian Pillman Jr is one of wrestling’s brightest stars. Currently signed to All Elite Wrestling (AEW), he has built a fan favourite reputation over the years. Son of the much-loved legend Brian Pillman, Pillman Jr was born in Erlanger, Kentucky. During his high school days at Dixie Heights, he had a successful footballing career before pursuing a degree in Information Systems at Northern Kentucky University. However, like his father, Pillman Jr has always been passionate about wrestling. He was trained by Lance Storm in the Calgary-based Storm Wrestling Academy before making his sensational pro debut for Combat Zone Wrestling. Now one of the most revered wrestlers of the day, Pillman Jr has a long and exciting career ahead of him.

Through his colourful career, Pillman Jr has earned numerous titles such as the Rising Star Award from the Cauliflower Club, the International Wrestling Cartel Super Indy Championship and the Major League Wrestling World Tag Team Championship, to name a few. Pro Wrestling Illustrated named him 2019 Rookie of the Year and ranked him no 135 of the top 500 singles wrestlers in the 2021 PWI 500.

More recently, Pillman Jr has teamed up with fellow AEW newcomer Griff Garrison and often competes on Dark. As part of the eight-man tag team, the duo alongside Joey Janela and Sonny Kiss earned their first team victory when they defeated Cezar Bononi and David Ali. Now well known as The Varsity Blonds – a tribute to Pillman Jr’s father – the team have gone on to defeat The Dark Order. Currently, Pillman Jr is an official member of All Elite Wrestling’s roster and will continue to defy expectations and entertain crowds for years to come. 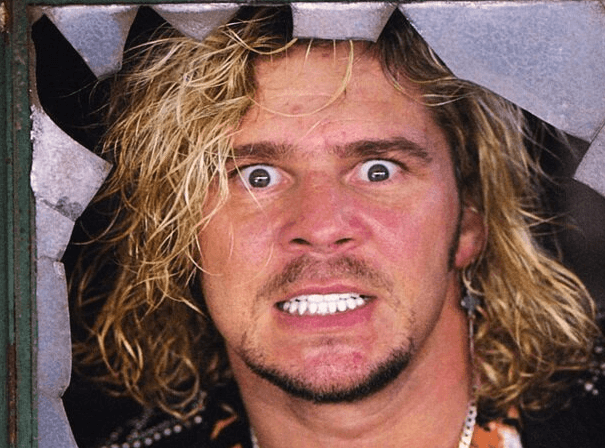