Dance sensation Britt Stewart made history when she became the first Black female full-time pro on ABC’s Dancing with the Stars. The professional ballroom dancer and fan favourite previously spent five seasons of the show as a troupe member. She has performed and toured with some of the biggest stars in music, including Rihanna, Selena Gomez, Demi Lovato, Janet Jackson , Florence + The Machine and spent three years as a core dancer for Katy Perry, performing during her Prismatic World Tour and at the Super Bowl. Her numerous film and TV credits include La La Land, Disney’s High School Musicals 1, 2 and 3, ABC’s Disney Singalong and Zoe’s Extraordinary Playlist. Stewart has also worked extensively as a choreographer for the likes of Tony Testa, Kenny Ortega and Chase Benz.

Stewart was just three years old when she began dancing at Artistic Fusion Dance Academy in Colorado. She was later accepted into the elite Denver School of the Arts on a dance program before training at Loyola Marymount University in modern dance and ballet.

After moving to LA to pursue her career further she was hired as a principle dancer in the High School Musical movies, No Strings Attached and the Fame remake. Stewart made her Dancing with the Stars debut in Season 22 as an extra dancer on Disney Night, and joined the troupe next season. A true fan-favourite, a Change.org petition was started to bring the dancing queen back full-time for the 29th season, and she is undoubtedly a popular addition to the main pro cast. 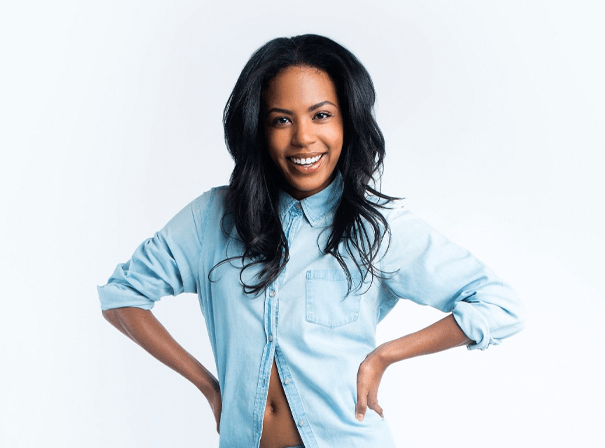