Enjoying living her life in the fast lane, Brittany Williams is race car driver who appears on the Netflix show Hyperdrive. Described as a mash-up between The Fast and the Furious and American Ninja Warrior, Hyperdrive has shown Williams fearlessly acing dangerous objects such as high-rise seesaw the Leveler and the Supernova (a 180 degree turn in reverse) in her 2008 Nissan 250Z, a model built especially for drifting.

Incredibly, the Texas native has only been drifting professionally for two years, but reached the top eight drivers on Hyperdrive thanks to her talent and determination and aided by her spotter and husband Kevin Williams. Hyperdrive isn’t the first time the married couple have worked together, and the pair run a hugely popular YouTube channel LITE BRITE dedicated to extreme Jeep driving which is followed by over 172k subscribers.

Williams first tried drifting after meeting her husband at a drift ride-along at a car show. Several years later the pair reconnected and he taught Williams her first Figure 8’s and donuts. Within two weeks she bought her own drift car and the rest is history. Now making her mark in a previously male dominated sport, Williams embraced every challenge and obstacle on Hyperdrive. The star has had many offers come her way since appearing on the Netflix show, but whatever Williams does next – drifting, car shows, off-roading – she is certain it will be to do with cars. 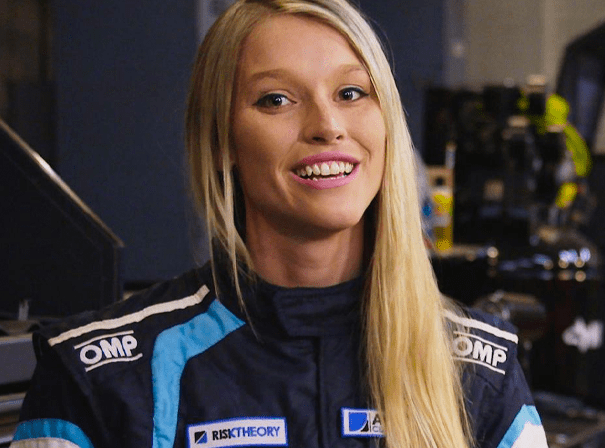