Quarterback Brock Purdy is gearing up for the 2022 NFL Draft off the back of a seriously successful high school and college football career that saw him become acclaimed as the best young player in Arizona and win multiple All-Big 12 honours with Iowa State Cyclones. His senior year at Iowa saw him play in the Cheez-It Bowl and the Fiesta Bowl. He was named MVP in the latter.

Purdy was born in the town of Queen Creek, Arizona, just four days before the end of the 20th century. He attended high school in nearby Gilbert, and it was here that his natural footballing talent became evident. His talent and grit led the school team to consecutive Championship games against the more-established Chandler High. At the end of his senior year in 2017, he won a plethora of awards, including the Gatorade Football Player of the Year for Arizona, Arizona Cardinal Player of the Year, Arizona Republic High School Player of the Year, and Ed Doherty Award for Most Outstanding High School Football Player in the State of Arizona. Not a bad haul for a 17-year-old! He duly became rated as the 12th best overall prospect in Arizona and a three-star recruit.

Despite his success in his home state, and over offers from 12 other colleges, Purdy committed to play for the Cyclone of Iowa State University, some 1,400 miles north-east. He became a starting quarterback during his freshman year and won second-team All-Big 12 honours as a sophomore. During his junior and senior years, he won first-team honours, setting him up nicely for the step up into the NFL. 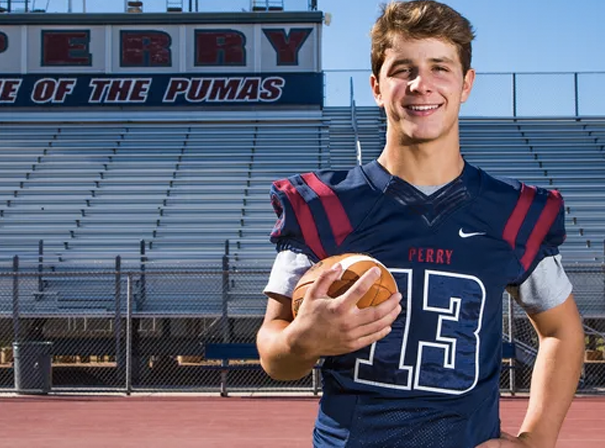