Leading sportscaster Brooke Olzendam is best known as part of the NBC Sports Northwest broadcast team for the Portland Trail Blazers. Often referred to affectionately as the “Queen of Rip City”, off-season she is kept busy hosting and reporting for the PAC-12 network, and she previously worked as a sideline reporter for the Indiana Pacers and as a host of Pacers live for Fox Sports Indiana. Olzendam has also covered a wide spectrum of sports – from horse racing to professional baseball – for Comcast SportsNet Northwest, and came to the Pacers after working as the prime time football sideline reporter with CBS College Sports Network.

Hailing from Spokone, Washington, Olzendam grew up with a love of sport and was passionate about basketball thanks to her father Dave Olzendam who is a member of the Washington State Coaches Hall of Fame. A graduate of the Edward R. Murrow School of Communication at Washington State University, she kicked off her career as the host of Huskies All-Access and as a basketball and football sideline reporter at the University of Washington. Olzendam also hosted the nationally televised magazine show Runnin’ with the PAC, which focused on the Pacific Ten Conference.

Away from the world of sport, Olzendam has raised large amounts of money for the American Heart Association after sadly losing her spouse Andy Collins to a sudden heart attack, and she continues to use her status as a well-loved reporter to raise awareness of the condition amongst sports fans. 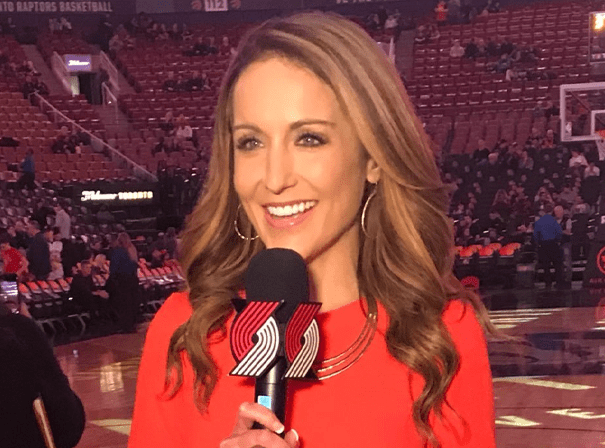