Bruno Mossa de Rezende is one of Brazil’s most beloved volleyball players. With fifteen individual recognitions, countless gold medals, and three Olympic games, his 450K likes on Facebook and one million Instagram followers are well-deserved.

Rezende was destined for volleyball, given both of his parents were Olympians. He started playing for the Under Nineteen (years old) national team, where he brought home his first silver in the FIVB U19 World Championship. Before moving up to Brazil’s team, he earned two golds in the Brazilian Championships, and later would get four more, including four “Best Setter” awards. In the past few years, he’s played on Italian clubs, adding two Italian Cups, one Italian SuperCup, and two Italian Championships to his trophy case. With his current club, Cucine Lube Civitanova, he also has one silver and one gold from the FIVB Club World Championships (while being awarded as “Best Setter” and “Most Valuable Player”), and one gold from the CEV Champions League. He’s even nabbed a gold from the South American Club Championships. 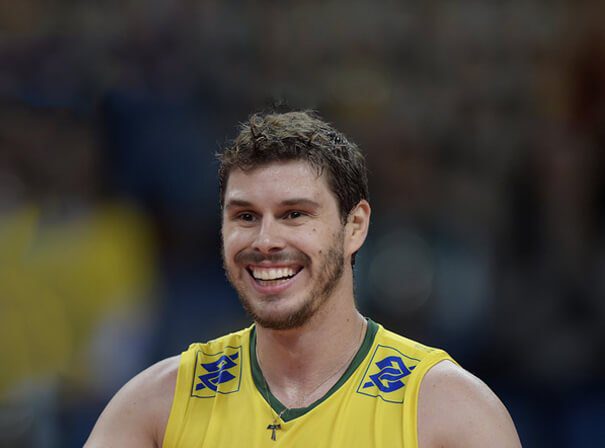