One of the most notable athletes of her generation, BryonyPage is a British individual trampoline gymnast. The Sheffield-born sportswomanwas the first ever British trampolinist to win an Olympic medal when she did soat the 2016 Summer Games in Rio de Janeiro – her silver medal announced her asa world star.

Page first started trampolining aged just nine years old.She so impressed that she managed to win a sports scholarship to the Universityof Sheffield where she studied biology, all while continuing to hone her skillsand compete. After graduating in 2015, she turned her full attention totrampolining. Despite early issues with “the yips”, a loss of fine motorskills, she battled through and overcame adversity to compete in her firstWorld Championships in 2010. Finishing an admirable fourth in the individualevent, Page went on to the 2011 World Championships. Injuries and illness sadlyforced her out of the 2012 games in London but in the same year’s World Cup inSofia, she picked up a coveted gold medal. Further honours came in the 2013,2014 and 2015 World and European Championships which saw Page earn herself bothgold and silver medals. The 2016 Olympic Games in Brazil saw Page and teammateKat Driscoll became Great Britain’s first ever finalists in trampolining,making history within the sport by winning a silver medal. 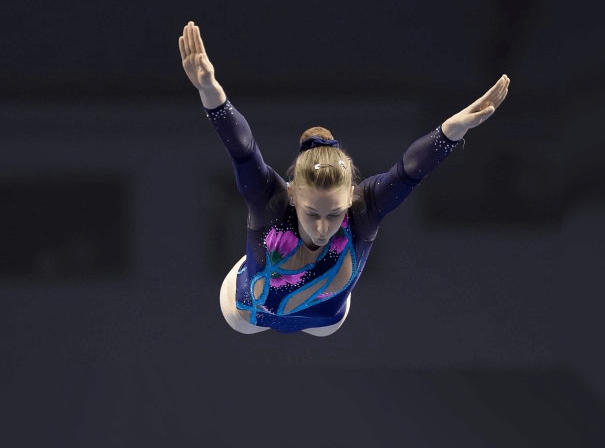