Cardale Jones is a hugely experienced Football Quarterback. Jones distinguished himself at college level football representing Ohio State, injuries to fellow teammates meant he had a starring role at the College Football Playoff National Championship. Cardale Jones’ performances at college level saw him picked up by the Buffalo Bills in the 2016 NFL Draft. Cardale Jones’ cerebral professionalism, dedication and discipline can perhaps be attributed to the military schooling he enjoyed at Fork Union. His difficult experiences meant he had to acclimatise to new surroundings and leave a lasting impression.

With so many young athletes vying for a place in the NFL every year, Cardale Jones’ achievements should not be understated. Though his career in the NFL was blighted by an inability to secure a long term place at a particular side, his hard work and dedication meant he was picked up by several sides. In 2019 Cardale Jones was allocated to the DC Defenders. Jones’ move to the XFL seemed to immediately agree with him as he began to put in career highlight performances propelling his new side to victories. With a unique arsenal at his disposition, Cardale Jones is an effective quarterback with a wealth of experience. Cardale Jones’ guidance and overview of his own career will prove invaluable for many prospective players and viewers of the game as a whole. 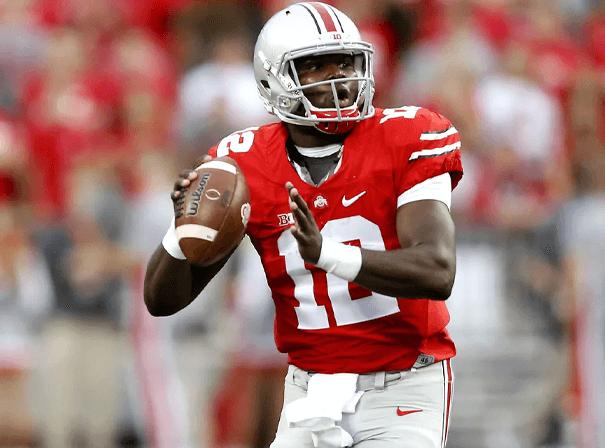