An outstanding athlete, a model student and a powerful social media presence – there is nothing that Carley Hoover can’t do. The world-renowned softball player is an icon both on and off the pitch. Growing up in a sporting family, it seemed natural that Hoover would follow in the footsteps of her mother and older sister, both of whom are renowned volleyball players. However, Hoover fell head over heels for the sport of softball instead and quickly established herself as a natural-born talent. Hoover graduated from DW Daniel High School in her hometown of Clemson in South Carolina as one of the most decorated athletes in the school’s history. Hoover then began her collegiate softball career at the prestigious Stanford University in 2014. However, after her first year, Hoover decided to transfer to Louisiana State University where she would soon become one of the institution’s top athletes.

During her time at LSU, Hoover won numerous awards for her technical capabilities and sporting prowess. Always motivating her team to perform to the best of their ability whilst pushing herself in the pursuit of physical excellence, it is no wonder that Hoover became such a sought-after figure for fans of the game. Widely credited for being one of the key reasons why LSU established itself as a team of softball champions, it is no wonder that the college’s fans still hold Hoover in such high esteem. Although Hoover has since graduated with a major in theatre studies, her efforts on the softball pitch did not go unnoticed as she has worked as part of Team USA and is now working in the Japanese Softball league – the best in the world. Hoover’s career as a world-class softball player is only set to rise. 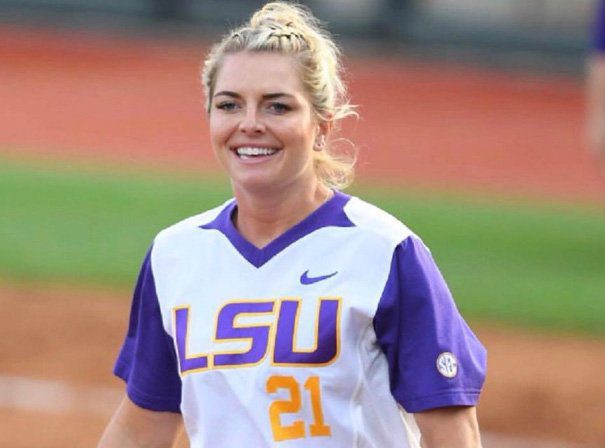