Considered one of the hottest Tik Tok stars in the world, Oklahoma’s Cash Baker is a force to be reckoned with. Rising to fame with viral lip-synching music videos, Baker’s star was born. Now creating original songs and videos with his brother Maverick, Baker is a pop sensation. With over 16 million followers on Tik Tok, 1.7 million on Instagram and 1.14 million on YouTube, Baker is making his name known.

Hitting over 26 million views on his most-watched video, Baker has a lot to celebrate. Not only does he draw a phenomenal audience with his fun pranks and lip-synching videos, but Baker has also become a Gen-Z icon. An avid skateboarder and fast-food junkie, Baker is a relatable teen finding joy in the world. Turning 17, Baker unashamedly sat covered in blue and green paint with his cake. If his energy and positive lifestyle are anything to go by, Baker’s winning formula will be captivating audiences for years to come.

Joining forces with his brother, Baker’s music career is growing with his pop duo, Cash & Maverick. Releasing Space Cowboy on YouTube at the end of 2019, Baker has bow seen over 8.5 million views. Baker’s video, Whatever It Takes gained phenomenal momentum and has now amassed over 40 million views. Now a master of the viral world, Baker’s future career will be a dazzling affair. 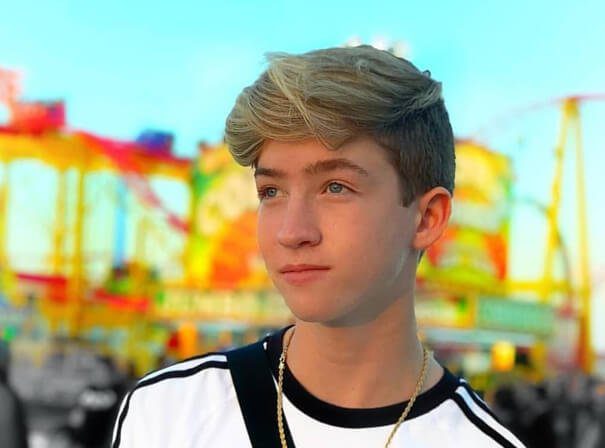