Cathy Ladman in an actress, screenwriter, and comedian, recognized by the American Comedy Awards as the “Best Female Stand-Up Comic.”

As a natural joker, Ladman often writes for sitcoms, including All Grown Up!, Roseanne, The King of Queens, and more. She’s also published as a contributor to the comedy book, Moms Are Nuts. Thanks to her captivating standup, she’s had multiple appearances across late night television, such as recurring invitations to Comics Unleashed, The Late Late Show with Craig Ferguson, and The Tonight Show Starring Johnny Carson.

And HBO is a big fan of Ladman’s act: the network helped her prepare her one-woman-show “Scaredypants” for the Aspen Comedy Festival, and they featured her on the program, One Night Stand. Her consistency as an entertainer earned her opportunities on Comedy Central’s Dr. Katz: Professional Therapist and ABC’s Politically Incorrect. She’s even been praised by the likes of the Los Angeles Times, calling her act “effortless.”

When it comes to acting, not only has Ladman guest-starred on hilarious series like Everybody Loves Raymond, Modern Family, and Curb Your Enthusiasm, but she can also pull off more serious roles, featuring in episodes of dramas like Mad Men, NCIS: Los Angeles, and How to Get Away with Murder. And she’s also held recurring roles, landing parts such as the Elevator Lady in Caroline in the City, Tish in I’m Dying Up Here, and Mrs. Horowitz in Pretty Little Liars. 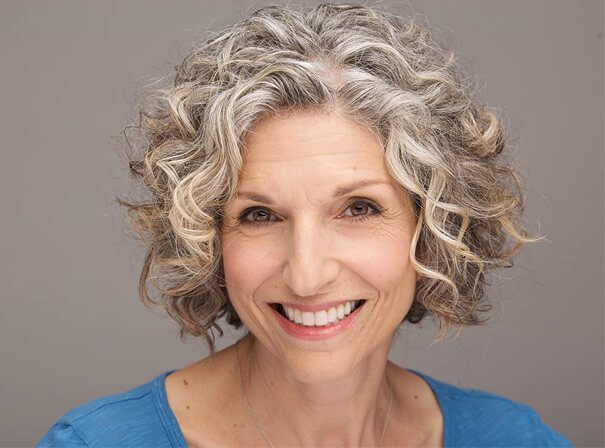