Known as the lead vocalist of the heavy metal bands Mudvayne and Hellyeah, Chad Gray is also known as a songwriter. Prior to beginning his career in the music industry, Gray was working in a factory for $40,000 a year. He then decided to quit his job and moved to Peoria, Illinoise where he formed his heavy metal band, Mudvayne. In 2000, the band released its first album titled L.D. 50, reaching unexpected success and selling over half a million copies within one year from its release. This success led Mudvayne to become one of the most successful heavy metal acts of the 2000s. Gray and his band went on to release four other albums, in 2002 The End of All Things to Come, in 2005 Lost and Found, in 2008 The New Game, and in 2009 Mudvayne. In 2010, Gray and a friend of his, guitarist Tom Maxwell, from Nothingface, were constantly talking about forming a new band called. After several conversations, between Gray, Maxwell and Greg Tribbet, guitarist from Mudvayne, and former Pantera drummer, Vinnie Paul, formed a band called Hellyeah. The band stayed together until 2021 and released six studio albums. After that, Mudvayne announced that they would be reuniting for their first show in over a decade, with the chance of working on a new material afterwards. Gray also appeared in several other bands, like V Shape Mind’s songs Monsters, Bloodsimple’s Falling Backwards, and Nonpoint’s Miracle. 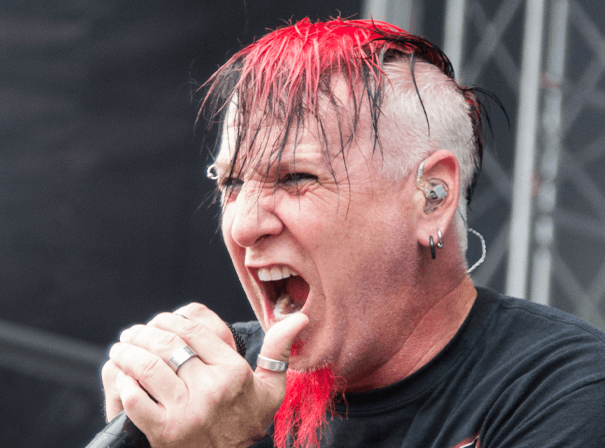