Former English flyweight boxer Charlie Magri is one of the man sporting personalities we have available for public engagements, charity dinners, boxing theme events and more besides. Nicknamed Champagne Charlie, he was an aggressive boxer at the flyweight level who was originally byron in Tunisia. He could hit hard with both hands and never really cared for defencese tactics and as such the boxing loving public really took him into their hearts. As an amateur he won many ABA titles in the 70s and was just as accomplished when he turned to the pro ranks and the so called pain game.

Magri also boxed for Great Britain in the 1976 Summer Olympics but came up just short of a medal. In all the orthodox fighter had 35 fights, won 30 of them and 23 by knockout. He became British champion in only his third pro fight and then came the European title nine fights later. Then came the big one, the World Title at Wembley, which he won in the seventh round after it had to be stopped for cuts. He then defended his title again at Wembley and sadly lost it but won it back again in 1985. After having up his gloves for the final time, Charlie went on to run a London pub as well as manage super featherweight boxer Dean Pithie. For any boxing events, charity functions, showcase events or after dinner speaking engagements, Charlie Magri is a fine choice. 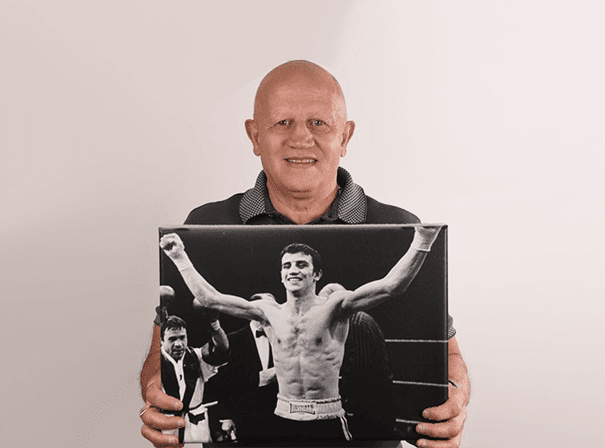