Best known as an Footballer, born in Jamaica, Cheyna Matthews has been playing as a forward for Racing Louisville of the National Women’s Soccer League and also the Jamaica Women’s National Team. Matthews attended Vanderbilt University in 2012. For her University, Matthews made 17 appearances, scored 6 goals and registered 6 assists during her freshman year. As a sophomore, Matthews was the one who started all 18 games, scoring 16 goals and registering 5 assists. Due to her successful performance, Matthews was named First-Team All-SEC in 2013. In the following year, Matthews was transferred to Florida State University, where she would continue playing soccer. In Florida State University, she made 24 starts in the 26 appearances, and she helped the Seminoles win their first NCAA National Championship in program history. She finished her season year with an additional 25 games played and scored 10 goals. She signed with the Spirit team in spring of 2016. Matthews played 17 regular season games, made 8 starts, totaling 779 minutes and scored 3 goals. She scored her first professional goal in July 2016 against Sky Blue FC. In 2020, Matthews was chosen off the NWSL Re-Entry Wire by Racing Lousville FC. Matthews was named to Jamaica Women’s National Football team as a training camp roster in January 2019. Matthews made her World Cup debut during the team’s first match against Brazil in Grenoble. 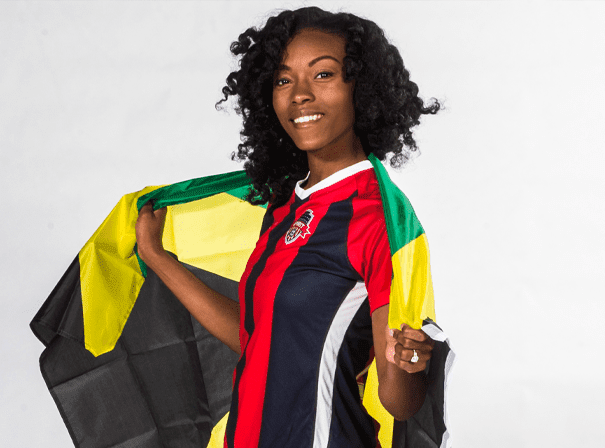