Olympic hopeful Chisato Doihata is an individual and synchronised trampoline gymnast from Japan. Doihata won the silver medal at the 2019 34th FIG Trampoline Gymnastics World Championships and has now set her sights on the Tokyo Summer Olympic Games in 2021. Doihata has also represented Japan at three other Trampoline World Championships and she won bronze as a junior at the 1st Youth Olympic Games in 2010.

Doihata first took up trampoline gymnastics when was just four years old encouraged by her brother, and she entered her first competition when she was still at primary school. In August 2010 she rose to prominence after clinching the bronze medal in the 1st Youth Olympic Games in Singapore with a score of 36.700. The following year she made her debut at the Trampoline World Championships, finishing in 6th place in the team event. Two years later she bagged 1st place in the Synchro at the World Cup Tournament in Spain and in 2015 she picked up a bronze medal in Synchro at the 32nd World Trampoline Championships.

In 2016 Doihata produced top 10 finishes in several individual events, including 6th place at the World Cup Swiss Tournament and gold at the All Japan Trampoline Championships, but it was in 2019 that she proved she was a real threat to the podium positions at the next Summer Olympics in Tokyo. Her impressive performance at the 2019 World Championships gave her a score of 55.225 points, enough for her to take home the silver medal for Japan. 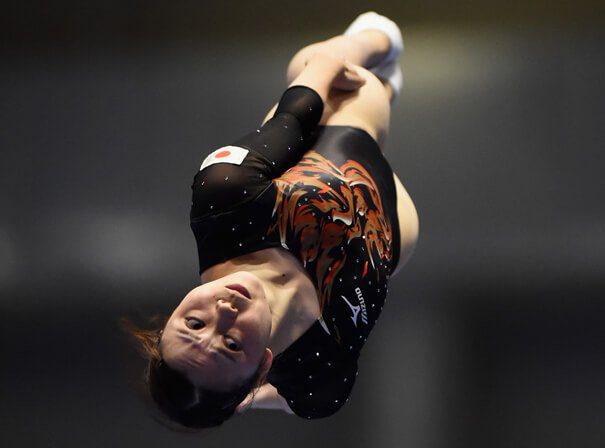