American soul singer, Chris Blue is famous for being the winner of season 12 of the NBC’s singing competition television series, The Voice. Blue was born in 1990 in Glendale, Arizona. He grew up alongside his parents and his six older siblings. When Blue was 10, with his family they moved to Knoxville, Tennessee. He began his singing career at the age of 3 when he joined the church choir. It was his desire to follow a career in singing that lead blue to form his own band, titled Blue Brothers, together with his siblings. Blue later appeared on BET’s Bobby Jones Gospel show. At the age of 25, Blue won the Voice-Off Knoxville competition. He graduated from the Tennessee Temple University in Chattanooga and still remains involved in the campus worship ministry as well as the campus gospel choir. To further expand his career and to be able to express his talent towards a larger audience, Blue decided to compete at The Voice season 12. He auditioned in 2017 with The Miracle’s song The Tracks of My Tears. In the audition, Blue chose Alicia Keys as his mentor. With his voice and performances, Blue was able to reach the final and won the title of the season against Blake Shelton’s finalist, Lauren Duski. Blue was 27 years old when he won The Voice of American, season 12. 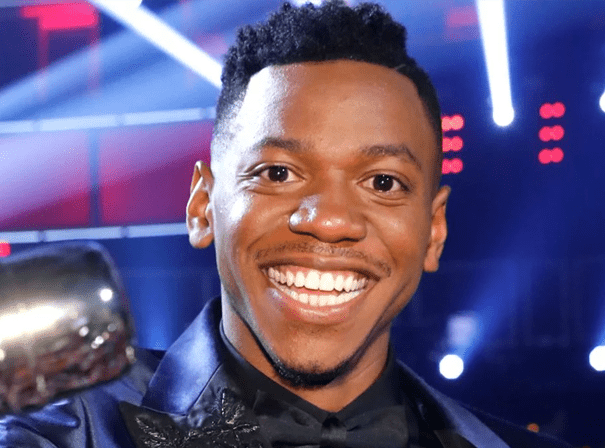