His warm, deep vocals have been likened to the great B.B. King, his thick guitar sound to Albert King, Chris Cain truly resides among the best in the music industry. The blues musician has been a staple in the genre for over 3 decades, with his soulful blues sound dipped in jazz. Born and raised in California by his greek mother and black father, Chris carries his parents rich heritage in every note he plays.

The guitarist first discovered his passion for music as a teenager and started playing in local clubs, festivals and private events. Chris truly started making a name for himself in 1987 when he released his debut album Late Night City Blues and was consequently nominated for 4 Blues Music Awards including Guitarist of the Year. In 1990 he signed with Blind Pig Records and released his second album Cuttin’ Loose. 1992 saw the release of Can’t Buy A Break, and 1995 of Somewhere Along the Way.

Chris boomed once again in 2018 with a huge influx of nominations including once again the Blues Music Awards’ Guitarist of the Year, the Blues Blast Awards’ Best Males Blues Artist, and Best Contemporary Blues Album for his 2017 self-named album Chris Cain. Chris’ deep, warm sound has kept audiences and listeners around for decades and shows no signs of relenting any time soon. Most recently, in 2021, the much loved musician was nominated for the Blues Music Awards’ Best Contemporary Blues Artist and Best Blues Guitarist of the Year. Alligator Records also just released the much anticipated latest album, Raisin’ Cain. 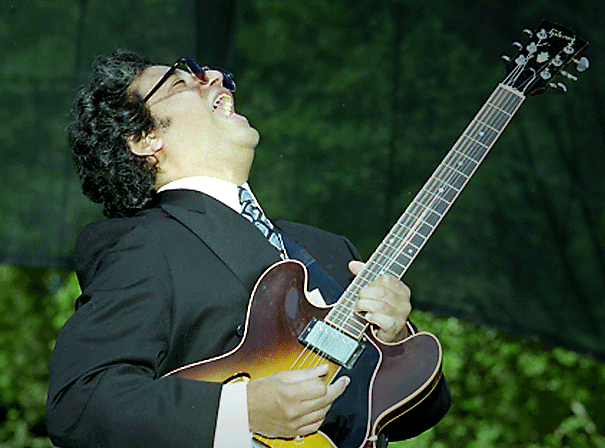