After some time as a player-coach Powell became a successful manager – working with old clubs Charlton Athletic, Derby County and Southend United where he remains the only permanent manager to have won his first three matches. Powell was awarded the League One Manager of the Year accolade in 2012 by the League Managers Association after he steered ‘the Addicks’ to the top of their division. He was also the Chairman of the Professional Soccer Association for the last few years of his career.

After being named Coach of The Year by the British Ethnic Diversity Sports Awards in 2015 and once the only black manager in British Soccer Powell has called for Soccer governing bodies to address the lack of diversity in senior and coaching roles. He also devotes time as an ambassador to various charities and causes including: Kick It Out, Show Racism the Red Card, Prostrate Cancer UK and the largest sports charity in the UK The Soccer Foundation. Keen to continue to promote English Soccer on the world stage Powell also acted as an ambassador for the England 2018 FIFA World Cup bid. An experienced and much-loved Soccer champion Powell continues to discuss the beautiful game on BBC Sport and Sky Sports. 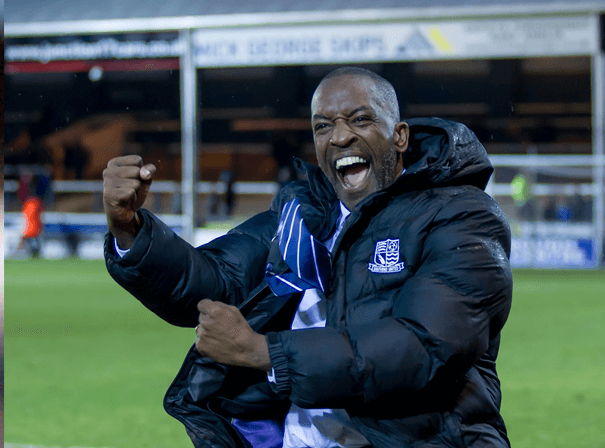