Multi-talented musician, content creator and founder of Thrashed Apparel Chris Soutsos has more than 22k followers on Instagram and is known as an internet personality.

With various business ventures to his name, Soutsos is best known for running the death metal and comedy channel Jhofffilms on YouTube, which has 167k subscribers and is famous for its lighthearted looks at the heavy metal world and for its Thrash or Trash video series. He is also the CEO of Thrashed Apparel, a clothing brand known for its hats, badges and stickers with his own unique designs, which are now on sale to fans around the world. He has built up a reputation as a funny and down to earth internet personality, winning fans over with his original brand of humour and infusion of musical influences into his videos. Soutsos now has 22.6k followers on Instagram, where he regularly posts updates to his fans on his latest music projects and business ventures, hosts giveaways, and reveals behind the scenes pictures. This creative content creator and marketing expert also livestreams on Twitch, and reaches fans with his Cameo page where he posts shoutouts and customised videos.

Soutsos is now one of the best known personalities in the world of metal music, and his multiple businesses continue to grow as his fanbase increases across the globe. He is one of the most popular creators on the metal scene, and is bringing this formerly niche genre to the mainstream. 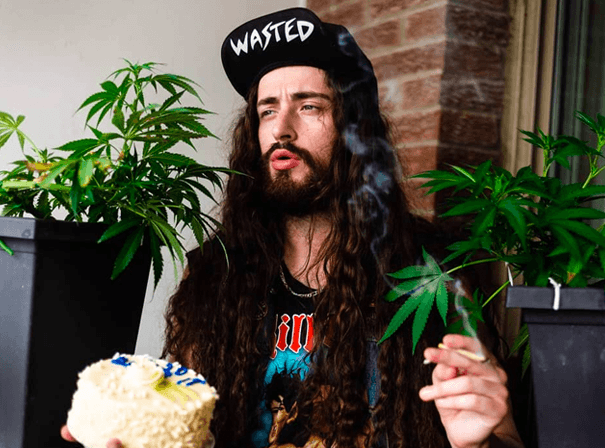