Olympian Chunyan Qu is a short track speed skater who represented China in the 500m at the PyeongChang Winter Olympics in 2018. Qu has begun her prepration for the 2022 Beijing Winter Olympic Games in style after clinching two silver medals in Dresden, Germany at the International Skating Union (ISU) Short Track World Cup, winning her first silver in the women’s 500m event and bagging her second in the 3000m relay. She competes in mixed relay, 3000m relay, 1500m superfinal, individual classification, 1000m, 1500m and 500m. She has won several awards for her achievements in China, including a Sport Honour Medal by the General Administration of Sport of China in 2017.

Born in Heihe, Heilongjiang, China, Qu first rose to prominence as a junior in the 2013/2014 season where she picked up a bronze medal in the Women’s 3000m relay at the World Junior Championships. Two years later she grabbed gold in the Women’s 500m in the 2016 World Junior Championships, and continued to pick up medals as she transitioned to senior competition. Her Olympic debut came in 2018 in PyeongChang, and she finished 8th overall in the women’s 500m. 2018 also saw Qu win bronze in the 500m at the World Championships in Montreal.

After an impressive start to 2020 winning two silver medals at the World Cup, Qu is now focussing her attention on the Winter Olympics in Beijing in 2022. 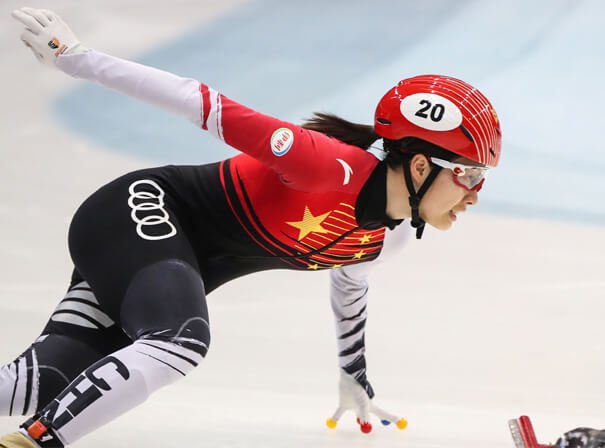