Although facts and figures can’t convey the poetry of Clarence Seedorf’s footballing talent, his list of achievements is still incredible. He is the only player to have won the Champions League with three different clubs, won the premier division in three different countries, played for some of the world’s most iconic teams, and was named by Pele as one of the 100 greatest living footballers. He made over 900 appearances for club and country and, since hanging his boots up in 2013, has worked as a manager, pundit, and ambassador.

Born in South America, Seedorf’s family relocated to the Netherlands when he was two years old. His father was a former footballer and football agent, and Seedorf began following in his footsteps aged just six. He was signed up by Ajax’s youth academy and soon found his way into the first team. He made an immediate impact, and in his second season as a pro, Ajax won the domestic treble. The following season, he lifted his first Champions League trophy with them. After a spell in Italy with Sampdoria, he moved to Real Madrid, winning La Liga and another Champions League. After three seasons with Italian giants Inter Milan, he moved to rival side AC Milan, where he spent the prime of his playing career, making nearly 500 appearances and scoring 63 goals. He helped them to two Serie A titles and two further Champions League trophies.

After retiring from playing, Seedorf became AC Milan’s manager and has also managed the Cameroon national side. In 2009, he became the Nelson Mandela Foundation’s Legacy Champion, working alongside the likes of Bill Clinton to continue Mandela’s legacy. 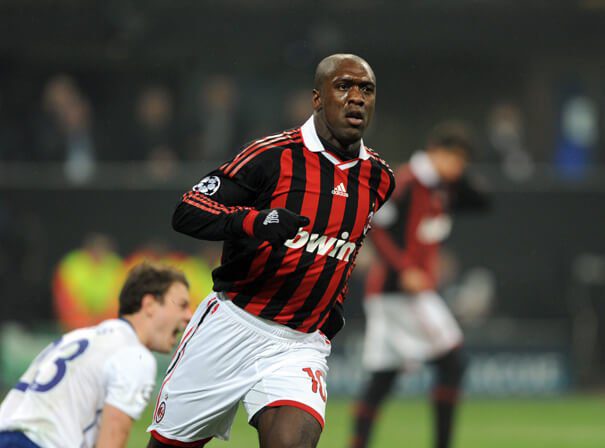