Clayton Ince’s talent was spotted when his home country of Trinidad & Tobago qualified for the FIFA Young World Championship in 1991. As goalkeeper, he was named as his country’s Football Federation’s Player of the Year and has twice been awarded the title of Goalkeeper of the Year in the Caribbean Cup. Ince was instrumental in various World Cup campaigns for his country and has scored 79 caps with his national team, making him his country’s most capped goalkeeper in football history.

Making the move to English football, Ince signed to Crewe Alexandra in 1999 and after playing over 200 times for the club moved to Walsall in 2006. It was here that his status as an exceptional goalkeeper was cemented: Ince was named their Player of the Year in 2009 after a record-breaking 22 clean sheets and received a League One Player of the Month award.

After leaving ‘The Saddlers’ in 2010, Ince moved back to Trinidad to play for and coach local professional teams, keen to pass on his experience of English football to younger generations. His 25-year career as a goalkeeper prompted Ince to set up the Clayton Ince Sports Academy, encouraging youngsters in Trinidad to learn to play football in a fun and safe environment. As part of a larger football family, Clayton Ince is related to member of the England Euro ’96 squad Paul Ince and English professional footballer Rohan Ince. 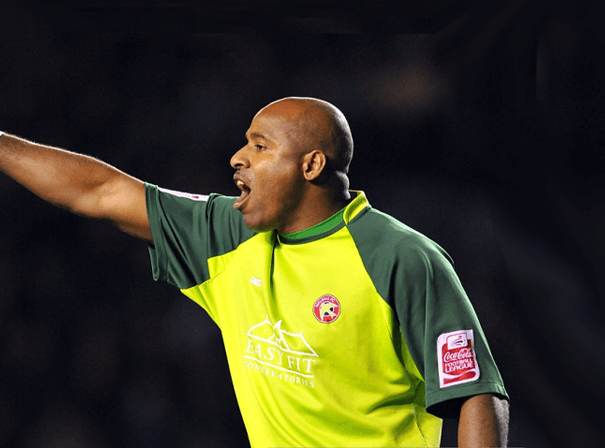