Cobus Reinach is a professional rugby player who was notably a member of the British club, Northampton Saints for three years. He plays scrum-half and has been a valued member of his various teams since he started out back in 2011.

Reinach began out playing in his home country, South Africa, in the Vodacom Cup. His introduction to the games were slow and he didn’t get much time on the field until later on, but he played locally for a number of years, making seventeen appearances for his team and earning three tries. He improved greatly during his time there and eventually opted to move to play in England in 2017 to join the Northampton Saints.

His time at the Northampton Saints was impressive. He played seventy games for the team and managed to score twenty-nine tries within that time. However, he didn’t rejoin them for the 2020 season, opting instead to move to the French team, Montpellier. He continues to play there professionally and shows no signs of leaving his career behind.

Reinach’s sporting career has made him pretty well known. He now boasts over forty thousand followers on Instagram and over fifty thousand on Twitter. He shares news about rugby on his social media, but he also posts a lot about his family and personal life. He also has a Cameo account where his fans can request video messages or chat with him for a small fee. 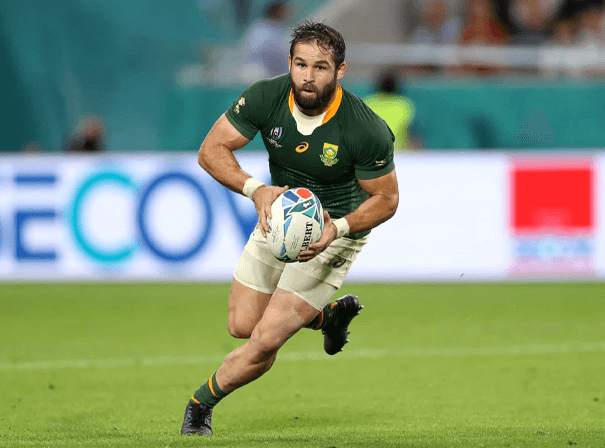