The incredible sportsman Corey Wootton is a former professional Football defensive end, who most famously played for the Chicago Bears in the NFL. He now works in broadcasting for the Big Ten Network and for Fox 32 as an analyst. He is also the co-host of the Bleav in Bears podcast.

Born and raised in New Jersey, Wootton proved to be a natural talent at Football throughout his High School years. He went on to excel at the sport at Northwestern University, where he became the first player since 1995 to accomplish every major defensive statistic in a single season, as well as the team’s seventh-leading tackler and leader in sacks and leader in Tackles for loss. He also earned a Football Writers Association of America Freshman All-American selection, and was named to the Sporting News Freshman All-Big Ten team. He turned professional when he was signed by the Chicago Bears in the 2010 NFL draft. After a couple of successful seasons with the Bears he signed a one-year contract with the Minnesota Vikings in 2014. The following year he joined the Detroit Lions for a season, before finally retiring from the game in 2016. He then began to forge a career in broadcasting, working as an analyst for Fox Chicago and the Big Ten Network.

Wootton regularly connects with his legions of followers and fans through Instagram, and Twitter, posting pictures and videos about his life around Football. He is also available for that personalised shout-out via the Cameo platform. 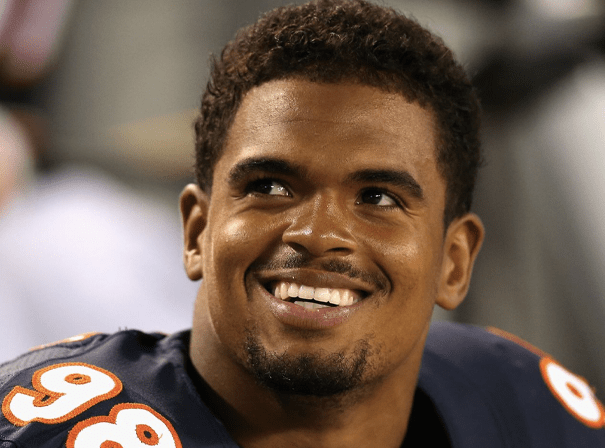