Courage Adams is a BMX superstar, who, after moving from Nigeria to Spain, quickly found his footing as a lover of bikes. Adams started riding bikes at the age of 12 and ever since then knew that he would always love the sport. Adams began to ride at professional level when he was just 16 years old, taking second place at the O’Marisquiño contest in Vigo, Spain. Adams would go on to become one of the most successful riders on the scene.

Although Adams is known for being passionate and feisty on the bike, he has managed to unite MBX Street technique with the exhilarating nature of BMX Park, he is also known for being humble away from the bike. Adams has over 15.3 Youtube subscribers due to his upbeat personality, and has recently created his own signature line of bikes with Savanna.

Adams has most recently been working with Red Bull Bike to create his own documentary which sees Adams return to his birthplace of Nigeria to ride with the legendary Lagos crew. This documentary gained over 1 million views, due to the themes of family, hope and community that is clear in the short film. Adams is currently waiting on a Spanish passport to travel globally and explore the BMX scene, at only 23 it is clear he has a life of exciting adventures awaiting him. 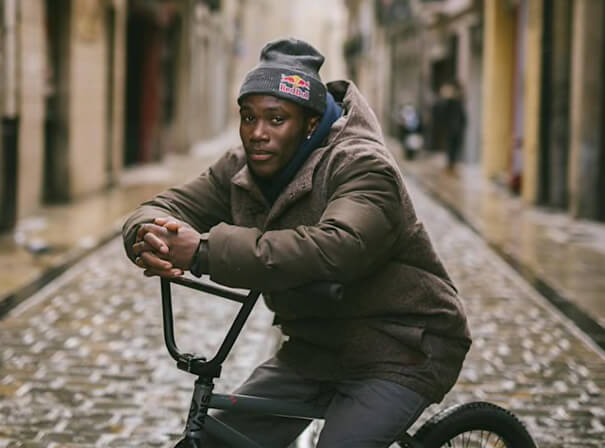