Olympic hopeful Courtney Lee Sarault is a short track speed-skater from Canada. She won her first World Cup medal in Calgary in 2018 in the 1500m event, and also bagged the bronze medal in the 3000m relay at the 2019 World Short Track Speed Skating Championships. Sarault got off to a flying start in the new decade when she skated to World Cup silver in Dresden, Germany at the ISU Short Track World Cup in February 2020.

Born in Grand Rapids, United States, Sarault grew up around winter sports as the daughter of former NHL player Yves Sarault. She began skating as a very young child and began speed skating in Moncton, Canada when she was seven years old. Just seven years later she competed at the 2015 Canada games as a 14 year old, winning a silver medal in the 3000m relay. In 2018 she rose to prominence further as she placed second overall at the 2018 ISU World Junior Championships with two silver medals (in the 1000m and 1500m) and a gold in the 3000m relay, and she also became the 2018 Vice World Junior Champion and the 2018 Canadian Junior Champion.

Sauralt is now a serious threat at senior level, after winning her first World Cup medal in Calgary in 2018, a bronze medal at the 2019 World Short Track Speed Skating Championships and silver at the World Cup in Dresden in 2020. She is now focussing on her ambition to compete for Canada at the next Winter Olympics in Beijing in 2022. 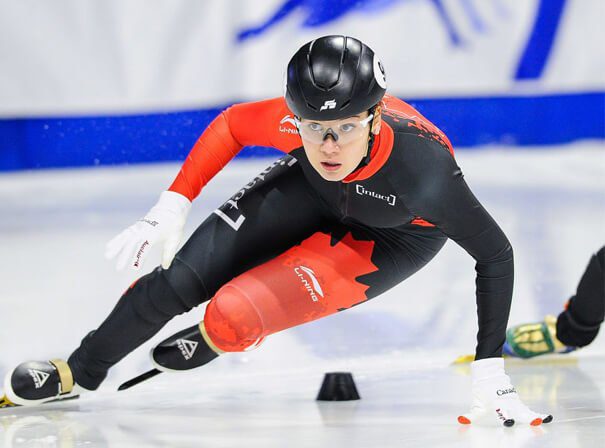