Powerful quarterback David “D.J.” Uiagalelei recently completed his sophomore year with the Clemson Tigers of Clemson University, South Carolina. It was something of a breakout year for him as he established himself as a starting quarterback and also took advantage of new college football rules to appear in an ad campaign by Dr Pepper. He helped Clemson to an appearance at the 2021 Cheez-It Bowl against the Iowa State Cyclones.

Uiaglalelei’s promising college career is built on his exceptional high school career. Born in April 2001, he attended St John Bosco High School in Bellflower, California. At the end of his junior year, he was named USA Today’s High School Player of the Year after throwing for an incredible 3,366 yards and 48 touchdowns. He was also named to the USA Today High School All-American Team in both his junior and senior years. Little surprise then, that he was named as a five-star recruit in early 2019 and had soon committed to play for the highly-regarded Clemson Tigers.

Uiagalelei’s freshman year fell in 2020, the year of the pandemic, which obviously threw everything into confusion. However, when a teammate tested positive for Covid, it also gave Uiagalelei his first start. Since then, he has progressed to become the Tigers’ starting quarterback. An important position at any time, let alone when you play for a team rated third in the preseason rankings! Uiagalelei, however, has lived up to the hype surrounding him and still has two years left in the NCAA to show NFL scouts what he’s capable of. 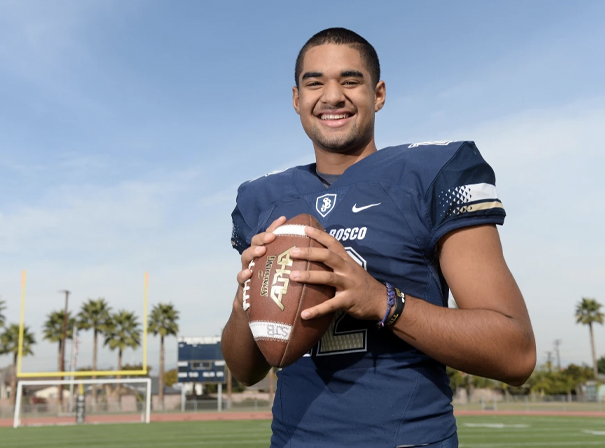