Damien Chapa burst onto the acting scene with a role that most actors could only dream of for their first feature: a role in Madonna’s Papa Don’t Preach music video, which saw the illustrious Madonna nominated for a Grammy in the prestigious category of Song of the Year. Chapa soon followed this with the starring role in Blood In, Blood Out, a crime drama which director Taylor Hackford took to epic proportions. Chapa played Miklo Velka, which earned him an expansive fan base, especially within the Latino community. The film went on to achieve worldwide recognition, and was the highest-grossing Latin film at the time of its release.

Chapa followed this success with Undersiege, where he played the role of Tackman alongside Tommy Lee Jones and Steven Seagull in the fierce adventure film. The actor also played the lead of Lyle Menendez in Menendez: A Killing In Beverly Hills, and starred alongside Chris Tucker and Charlie Sheen in Money Talks. Chapa’s filmography in his colossal career typically leans towards roles which tackle formidable, steely characters: including features in Hell’s Gate, Street Fighter and U.S Seals 2, and his acting prowess was so popular that he was backed against eminent actor Leonardo DiCaprio to play James Dean in his biopic, which unfortunately never came to fruition due to a tragedy within the cast.

However, Chapa did not let this bump in the road stop him from achieving success off the big screen, as well – opening a production company named in honor of his eldest brother, who died at the young age of 30. Chapa went on to produce and script ambitious action epics with talented flair – including Father of Man, Mexican American, El Padrino: The Latin Godfather and follow up I.R.A.: King of Nothing. El Padrino was particularly successful, featuring notable stars such as Stacy Keach and Emelio Rivera. His most recent project, Pistolera, sees Chapa both star and produce in the all-guns-blazing dramatic feature that is his iconic trademark. 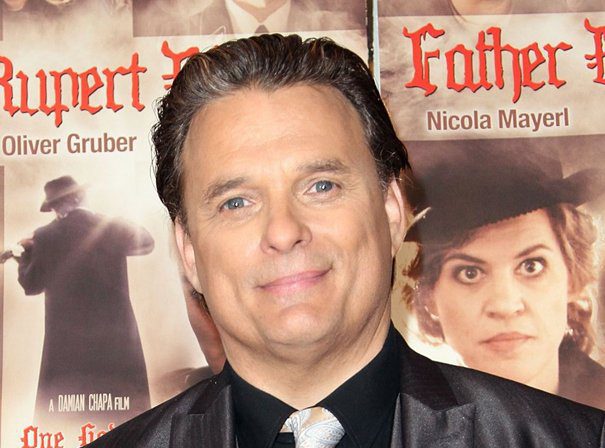