The amazing Damien Duff is a former professional footballer, who enjoyed a remarkable playing career with Blackburn Rovers, Chelsea, Newcastle United, and Fulham in the Premier League, and with the Republic of Ireland national team. He is now a professional coach, and has worked with Celtic, and the Republic of Ireland. He also works as a football pundit with RTÉ Sport.

Born and raised in Dublin, Duff began his professional playing career with Blackburn Rovers in 1996, with whom he won a League Cup. In 2003 he was signed by Chelsea for £17 million, and helped the club to go on and win two Premier League titles and a League Cup. He moved to Newcastle United in 2006 winning the UEFA Intertoto Cup in his first season. He then returned to south London when he signed for Fulham, helping take the team all the way to the UEFA Europe League Final in 2010. In 2014 he had brief spell in Australia with Melbourne City, and then returned to his native Ireland to play with Shamrock Rovers before retiring from the game in December 2015. He then began his coaching career, initially remaining with the Irish side, before moving on to Celtic as well as working with the Republic of Ireland youth teams and then Shelbourne FC. His own international career saw him earn 100 caps for the Republic of Ireland over 14 years, which included playing in the 2002 FIFA World Cup and the 2012 UEFA Euros. 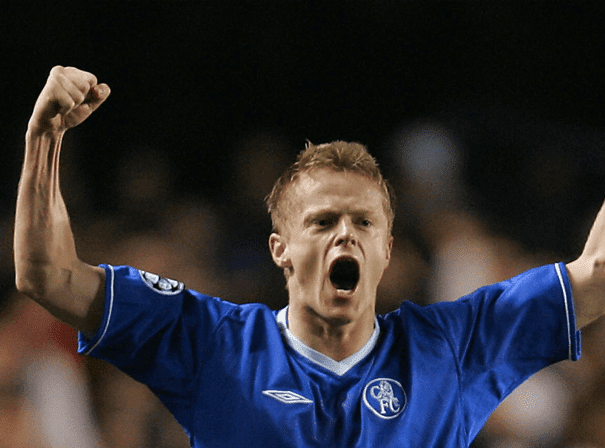