Former Football player known as quarterback player, Daniel Constatine Marino Jr. is famous for having played in the National Footbal League for 17 seasons for Miami Dolphins. Marino was born and raised in Pittsburgh, Pennsylvania. His passion for football began when he first started playing for his high school in the 70s. Marino was unique in the field for his quick and powerful arm. He was able to help the Dolphins become consistent postseason contenders, which allowed them to the playoffs ten times. It also led them to one Super Bowl appearance in XIX. Considering his successful performances, Marino was voted NFL Rookie of the Year by Sporting News. This all came after he was a nine-time Pro Bowl selection, eight-time first or second team All-Pro and All-AFC six times. Marino was also chosen as the NFL Most Valuable Player in 1984, as he set single-season records of 5,084 passing yards, 48 touchdown passes, nine 300 yard passing games and 400 yard passing games. His success did not stop there, Marino was again voted NFL Comeback Player of the Year in 1994 and in 1998 he was voted Walter Payton NFL Man of the Year. By the time Marino retired, he had over 40 NFL single-season and career passing records. Marino is currently the co-host for HBO’s Inside the NFL and CBS’ The NFL Today. 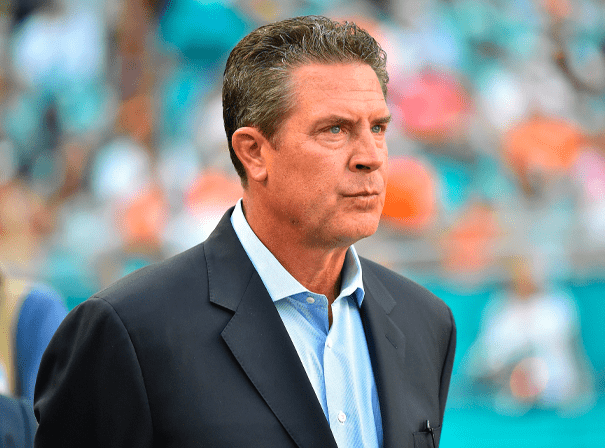