Currently the tallest kicker in the NFL, Daniel Carlson is an inspirational Football placekicker who plays for the Las Vegas Raiders, and is the all-time leading scorer in SEC football history.

A wonderfully talented young sportsman, Carlson started playing football at High School in Colorado and caught the eye of the professional leagues when he was at college in Auburn. He was picked in the NFL draft of 2018 by the Minnesota Vikings and made his NFL debut in the season opener against the San Francisco 49ers. He was waived the following month and subsequently signed by the Oakland Raiders (who relocated to Las Vegas in 2019 to become the Las Vegas Raiders). Carlson had great success with his new team, being named AFC Special Teams Player of the Week and going on to convert 94% of his field goal attempts in 2018, setting a new club record. Carlson continues to break playing records and recently passed Sebastian Janikowski to claim the franchise single-season scoring record.

A deeply religious man, proud father and husband, Carlson devotes a lot of his spare time to charity work, and keeps his legions of adoring fans up to date with his on-field feats and his off-field life via Twitter and Instagram. His younger brother, Anders, also plays professional football, as a place kicker for the Auburn Tigers. 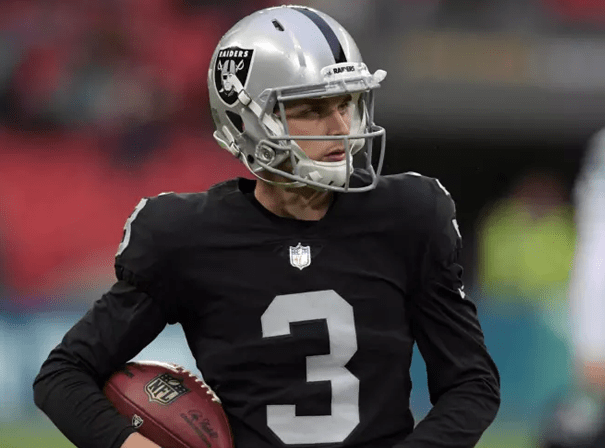