Danny Cadamarteri is a retired professional footballer whose career spans across 17 years and included 349 professional appearances.

He rose to prominence in 1996 playing for Everton after he came through the youth system. Cadamarteri became a fixture in the Toffees side at the beginning of the 1997-98 season as he scored four goals in the opening three months of the season. This included a goal in the Merseyside derby against Liverpool. However, that would be his final goal of that season as injury meant that he couldn’t play again.

The striker departed Goodison Park having scored 13 goals in 92 appearances, before joining Bradford City in 2002. Injuries once again played their part as he only appeared 52 times over a two-year spell with the club, but Leeds United then signed him in 2004 before he moved onto Sheffield United two months later. Cadamarteri has enjoyed stints at Bradford City, Grays Athletic and Leicester City, before settling at Huddersfield Town.

He scored eight goals during his tenure with the Terries, which consisted of the forward playing 70 times. He moved onto Carlisle United, before ending his career due to injury in 2014. He quickly set his sights on coaching after retiring and has held positions with Leeds United women’s team and as a U18 Professional Development Phase Coach at Burnley. 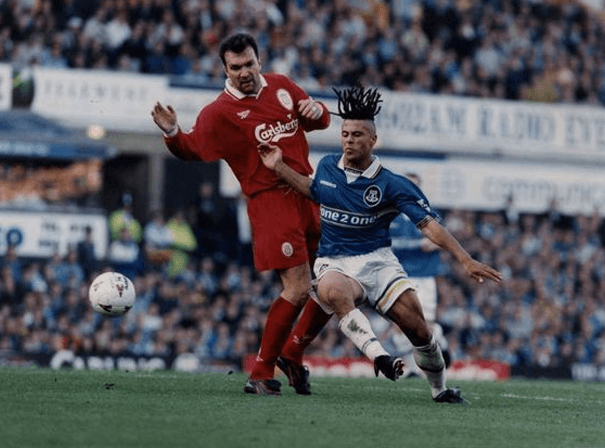