Darius Fleming is a former NFL star who has carved out a new post-playing career for himself as the Head of Sports Partnerships at Cameo, a website that lets fans buy personalised video messages from their favourite celebrities and sporting heroes. As a player, he won the Super Bowl with the New England Patriots in 2014 and also spent time playing for the San Francisco 49ers. He retired from playing in 2016 but is now a popular presence in the social media world thanks to his work for Cameo. He has over 13,400 followers on Twitter and 16,500 followers on Instagram.

Fleming was born in 1989 in Chicago. He attended St. Rita High School in the Windy City and helped the school football team to various state and city championships. By the time of his graduation, he was considered one of the top-ten linebackers in the United States. With offers from various colleges, he opted to sign for Notre Dame University in Indiana and spent four years playing for their team, the Notre Dame Irish. After graduating, he was drafted by the San Francisco 49ers in 2012. Unfortunately, he tore his anterior cruciate ligament and missed the whole of his rookie season.

In 2014, Fleming was signed by the New England Patriots, being with the club as they beat the Seattle Seahawks to win Superbowl XLIX. In 2016, he made headlines for a different reason — he saved a woman’s life after freeing her from a multi-car pile-up he drove past, breaking into the car to get her out. Despite requiring stitches after the rescue, he was back on the field in a play-off game just 48 hours later. 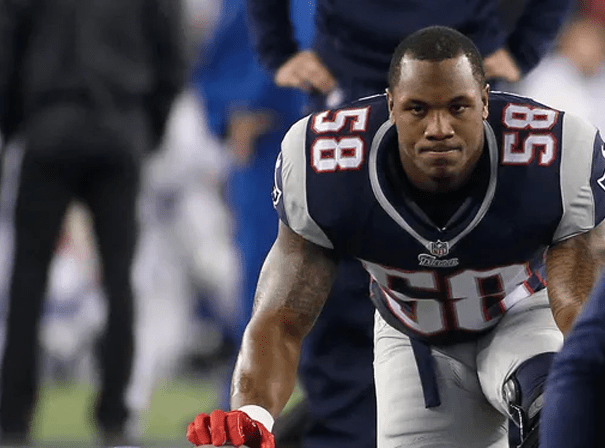