Darren Purse was a footballer revered for his tough tackling and aerial ability. He enjoyed a long career in the game that saw over 796 appearances and included 56 goals. He began his career with Leyton Orient but was most widely recognised for his time with West Midlands clubs Birmingham City and West Bromwich Albion.

Purse signed for Birmingham for £700,000 from Oxford United and played in over 168 games for the club. He was captain of the blues in their League Cup defeat against Liverpool on penalties, but Purse scored his spot-kick. He also went on to win the club’s player of the season accolade in that season, before playing a crucial role in their promotion to the Premier League in 2001-02. However, he found his first-team chances hard to come by in the top-flight due to injury problems: in 2004, he signed for West Bromwich Albion.

Purse played his part in the club’s miraculous escape from relegation in his first season, as they recovered from being bottom at Christmas to survive on the final day of the season. However, Bryan Robson wasn’t convinced of his talents and sold him to Cardiff City for £1 million. Purse played 111 times for the Bluebirds before being sold to Millwall in 2011. After periods playing for the Lions, Plymouth Argyle and Port Vale he began to drop down into the National League and spent time at Rushden & Diamonds, Chesham United and Enfield Town before retiring in 2018. 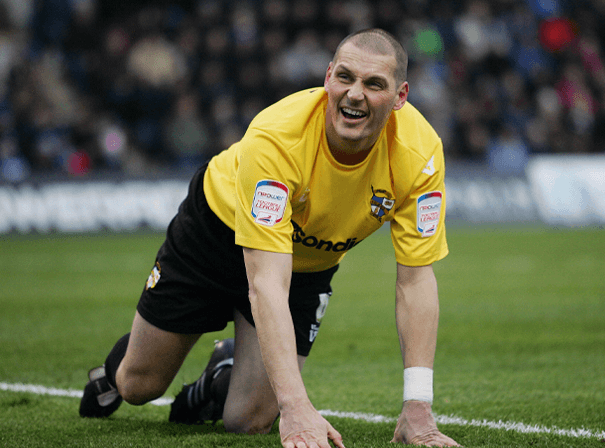