Denise Herrmann is a true athlete. As a German World Champion, Olympic biathlete, and also Olympic medalist cross-country skier; she’s built quite a reputation in the German athletic world in recent years. Originally a cross-country skier, Herrmann represented Germany in the 2014 Sochi Winter Olympics, and after a solid performance, took home a bronze medal. After switching over to biathlon in 2016, she became a two time World Champion in the sport, and also competed in the 2018 Pyeongchang Winter Olympics as a biathlete.

Herrmann was born in Schlema/Saxony, Germany, and grew up near the Ore Mountains. Here, she developed an interest in cross country skiing, starting her athletic career at a relatively young age. In 2009, she finally gained recognition for her skills as she began competing in the FIS Cross-Country World Cup. After receiving numerous World Cup medals throughout the years, Herrman competed at the 2014 Sochi Winter Olympics representing her country. A few years after that success, she decided to become a biathlete in order to challenge herself.

In 2016, Herrmann officially announced her switch to competing in biathlons and immediately created a success story. She qualified for the 2018 Pyeongchang Winter Olympics as a biathlete and delivered a solid performance at the Olympics. Since then, Hermann has secured many World Cup and World Champion medals as a biathlete, showing her incredible strength and ability to perform. 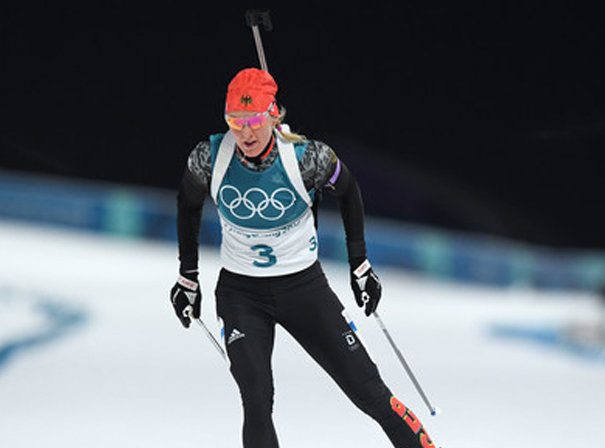