In the world of professional boxing, Deontay Wilder is a formidable competitor with an unparalleled reputation. Having held the WBC heavyweight title since becoming champion in 2015, Wilder is one of America’s most respected and successful boxers. His record speaks for itself: standing at 40 wins by knockout, one win by decision against the great Tyson Fury, and zero losses, he remains technically undefeated.

A two-time winner of the Premier Boxing Champions Knockout of the Year Award with a knockout-to-win ratio of 97.5%, he’s revered for his devastating punching power, the likes of which has rarely been seen in the history of the sport. Deontay Wilder is the man to beat in professional boxing, a fearsome fighter with a seemingly limitless capacity for victory.

Ranked as the world’s second-best action heavyweight by boxing publication BoxRec, and third by The Ring magazine, Deontay Wilder is one of the boxing world’s most popular figures. After winning a Bronze medal in the Olympics only three years after taking up the sport, he quickly progressed through the ranks after making his professional debut in 2008. Over the past decade he’s competed in some of the world’s most-watched bouts and defeated some of boxing’s toughest opponents, forging a reputation as a true champion and an icon within the sporting world. 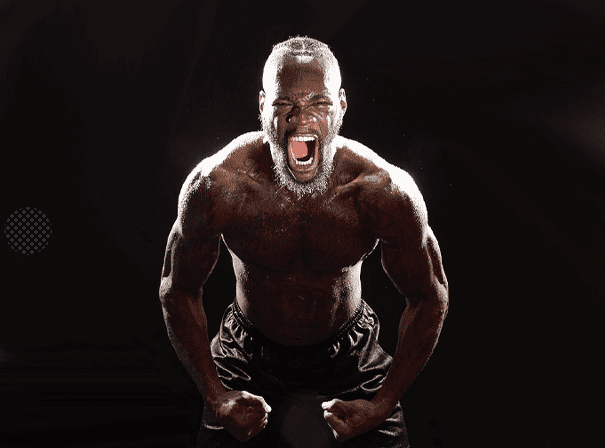