Professional basketball player Devin Booker plays for the Phoenix Suns, and is the youngest player in NBA history to have consecutive 50 point games.

As the son of professional basketball player Melvin Booker, Devin was always destined for a life on the court. He played the game throughout his time at high school, being coached by his dad at Moss Hill Point High School. He was selected to attend the University of Kentucky and play for the Kentucky Wildcats, but only stayed there a season before declaring for the 2015 NBA Draft. He was immediately snapped up by the Phoenix Suns who he has played for ever since. Career highlights include becoming the youngest player ever to score over 60 points in a game in 2017 when he scored an incredible 70 points against the Boston Celtics. Booker is one of only 6 players in NBA history to have done so. Two years later he became the youngest player ever to score more than 50 points in back to back games and unsurprisingly the following season was selected to the NBA All Star Team.

Booker recently made his play off debut in 2021 and at just 24 years of age is one of the most promising players in the NBA right now. His career looks set to go from strength to strength and with many more years of professional basketball ahead of him he has already earned his place in the sporting history books. 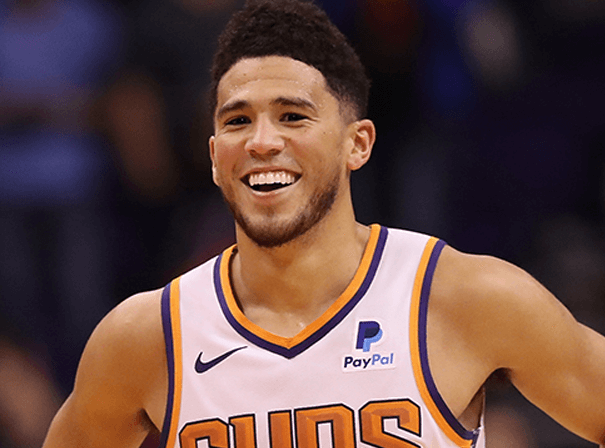