Dinesh D’Souza is a writer, filmmaker and political commentator. He has become known for his frankness, and sometimes controversial views.

D’Souza moved to the States on an exchange programme, and studied at Dartmouth College. Whilst attending the college, he wrote for various student and local publications, including The Dartmouth Review, and later became the editor for monthly journal The Prospect. He was no stranger to controversy even as a young writer, and has always been known to speak his mind, particularly on sensitive topics. In 1987, he became a policy advisor for the Ronald Reagan Administration and became a naturalised citizen of America in 1991. Since then he has written and published several New York Times bestsellers, including The End of Racism, The Roots of Obama’s Rage and What’s So Great About America. He has also made some of his works into films, such as 2016: Obama’s America and America: Imagine the World Without Her. His work is known to use conspiracy theories as a basis for its arguments, which he has defended in his writings and in television appearances.

D’Souza has made numerous media appearances, on shows such as Politically Incorrect and The Colbert Report. He has been invited to speak on college campuses, and has contributed to publications such as the Christian Science Monitor. He continues to write, create films and challenge the American liberal point of view. 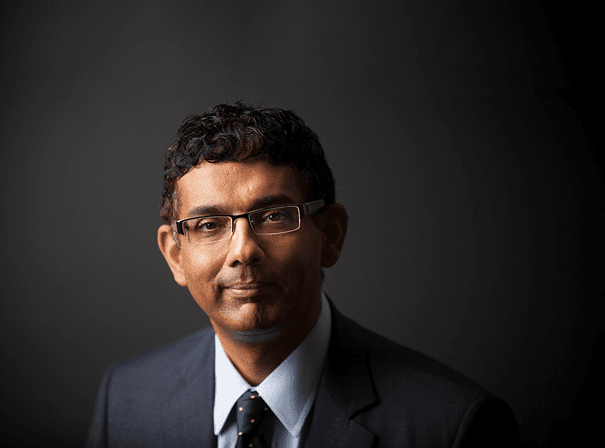