Celebrated and gifted turntable-ist and trailblazer DJ Puffy, aka Andre “Puffy” Parris, holds the coveted title of Red Bull Thre3style World Champion 2016. And it was his eclectic music palette, impressive skills, stunning repertoire and compelling stage presence that separated him from his competitors and earned the winning vote from world-class masters Nu-Mark, Scratch Bastid, Craze, Z-Trip and DJ Jazzy Jeff. It also marked the first time that the Caribbean has ever been represented in the finals, and the first time a Barbadian qualified and won a qualifying round.

Born to a family of musicians in Barbados, DJ Puffy was already filled with a raw talent for making music and started messing around with turntables when he was seven-years-old. He began deejaying under the stage name DJ Puffy at school, which was a nickname he received after attending a costume party dressed as American rapper Puff Daddy. He then began a long-running bi-weekly podcast, Prime Time, which featured present and past hits, and potential chart-toppers from around the world. But his major break came at a carnival party in 2010, when he acted as an emergency stand-in when organisers could not find a deejay. His vibrant skills on the decks captured the attention of event promoter Matthew “Fewwture” Ashby, who signed him up to his Dream Real Projects. Since then he has gone on to spin the decks worldwide, and has performed alongside such artists as Chronixx, Lil Wayne, Busta Rhymes, 2Chainz 6ix9ine, and Stone Love 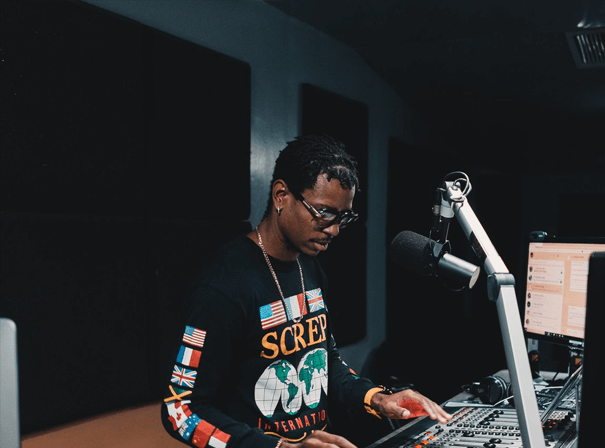