A bona fide legend of the sport, Donovan McNabb is a former Football quarterback who played for thirteen seasons in the National Football League (NFL), primarily with the Philadelphia Eagles. He’s rightly viewed as one of the most impactful and iconic players in the Eagles’ history, and was named to the franchise’s 75th Anniversary Team. He was also immortalised at a halftime ceremony in 2013, when the organisation retired his No 5 jersey as a powerful gesture of respect.

After being picked by the team in the second overall selection of the 1999 NFL Draft, McNabb – who is a natural authority figure in sport – went on to lead the Eagles to eight postseasons, five NFC East Division championships, five NFC Championship Games as well as the team’s first Super Bowl appearance in 24 years. The accolades keep coming, as McNabb was selected to six Pro Bowls and was named as a finalist for the NFL’s Man of the Year Award on two occasions.

While at Syracuse University, prior to his NFL career, McNabb displayed prodigious talent and still holds the school records for career touchdown passes and yards gained. It’s no wonder he earned All-Big East honours for all four seasons of his collegiate career and was named as the league’s Offensive Player of the Year three times. He’s also the fourth quarterback in NFL history to amass more than 30,000 passing yards, 200 touchdown passes, 3,000 rushing yards and twenty rushing touchdowns in his career. An incredible sporting icon, very few NFL players can rival the prestige of McNabb. Since retiring, he continues to share his NFL wisdom by speaking on news channels and taking broadcasting roles. 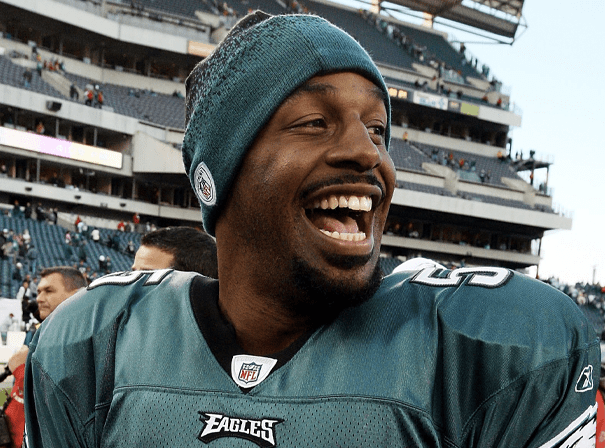