With a dedicated cult following around the world, Dorian Electra is a pop music agitator famous for their high-concept tracks. Electra’s unique sound is a masterful blend of genres, with various pop sub-genres thrown in the mix such as hyperpop, experimental pop, avant-pop and futurepop and also encompassing dubstep, metal, epic baroque, medieval and metal, prompting many in the industry to call their work “the future”. A figurehead for experimental pop, Electra has collaborated with the likes of Pussy Riot, Village People and Rebecca Black and has been critically supported by Gay Times, Billboard, Pitchfork, the New York Times, The Guardian and many more.

Hailing from Houston, Texas, Electra released high-concept singles and accompanying music videos throughout the 2010’s, including the award-winning ‘FA$T CA$H’, ‘We Got it 4 Cheap’ and a spree of witty, catchy tracks for Refinery29 covering the history of drag, the clitoris and vibrators.
Electra raised the bar further with their 2019 debut album Flamboyant which tackled issues of sexuality and gender with sharp, forward-thinking tracks. Embracing sounds ranging from hard dance to 80s synths, the album was hailed as a new direction for pop music and raised Electra’s profile across the globe.

In 2020 the pop experimentalist released their second album My Agenda, cramming in both guests including the Village People and the Horrors’ Faris Badwan, and different styles from pure pop and hardcore to punk. Electra has already proven their ability to make thought-provoking pop music that stands out from the crowd, and there’s much more to come from this trailblazing, innovative artist. 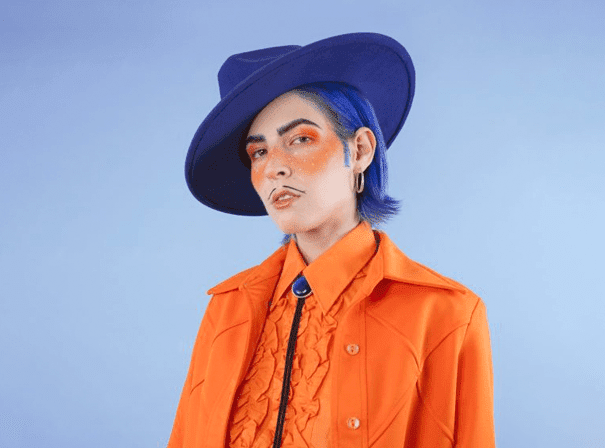