Canadian national hero Doug “Killer” Gilmour is an ice hockey legend. No-one in the well-loved Toronto Maple Leafs team has ever come close to the impact Gilmour has had on the sporting world. A celebrated Captain and Assistant Captain for seven NHL teams, Gilmour won the hearts and minds of his dedicated fans. Unshakeable on the ice, Gilmour earned the nickname “Killer” for his ability to put fear into the competition with a single stroke. Gilmour’s love and passion for the game have shaped his astronomical career.

Champions are rarely as humble as Gilmour. His time on the ice would see him hold the Stanley Cup with the Calgary Flames as well as the Canada Cup. Gilmour would become a national hero that has left a lasting impact on his fans around the globe. Celebrated for his triumphs in St. Louis, Calgary, New Jersey, Buffalo and Montreal, Gilmour has breathed life and soul into the high-action sport. From his time playing Centre, Gilmour potted 510 regular season and playoff goals in 1700 NHL games. A talent so rare, Gilmour still stands as the “benchmark for passion and clutch performance.” It’s no surprise that Gilmour was inducted into the Hockey Hall of Fame.

Since laying down his hockey sticks, Gilmour has thrived in his coaching career. For the Toronto Maple Leafs, Gilmour worked as the team’s player development adviser. From there, Gilmour joined the Toronto Marlies as an assistant coach before becoming head coach of the Kingston Frontenacs. As one of the most loved players in hockey history, Gilmour offers a unique perspective into the game like no other. 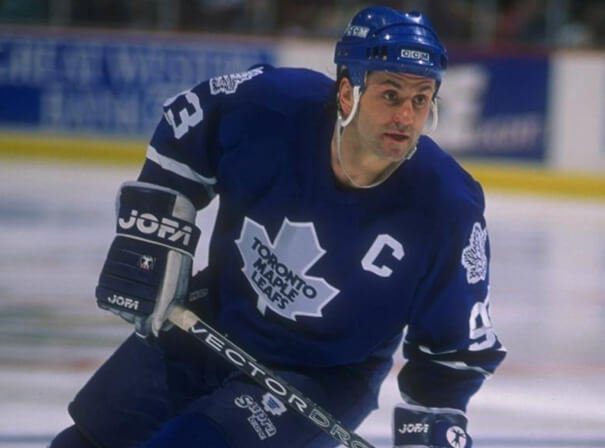