Henry Wang is Professor and Executive Vice-Chair of Research of the Department of Emergency Medicine. He is one of the nation’s most prolific Emergency Medicine scientists, and is recognised internationally for his outstanding contributions to science.

Wang attended the EMDNJ- Robert Wood Johnson Medical School and also attained a Fellowship in Emergency Medicine research at the University of Pittsburgh.
Wang’s ground breaking work covers a variety of areas including work in prehospital care, airway management, sepsis epidemiology and resuscitation. Dr. Wang is also the Principal Investigator of the NIH-funded Pragmatic Airway Resuscitation Trial (PART), which involves the comparison between paramedic intubation and laryngeal tube airway management in adult, out-of-hospital cardiac arrests. He is also the leader of the NIH-funded REGARDS-Sepsis study, which is one of the largest population-based studies of sepsis epidemiology.

Dr. Wang is a Deputy Editor for the Annals of Emergency Medicine and the newly appointed Editor in Chief of the Journal of the American College of Emergency Physicians Open, a professional organisation of emergency medicine physicians in the United States, said to be at the front line of healthcare for everyone, irrespective of socioeconomic status or problem.

In September 2017 Wang published the Revised National Estimates of Emergency Department Visits for Sepsis in the United States, sharing his extensive and intricate research. 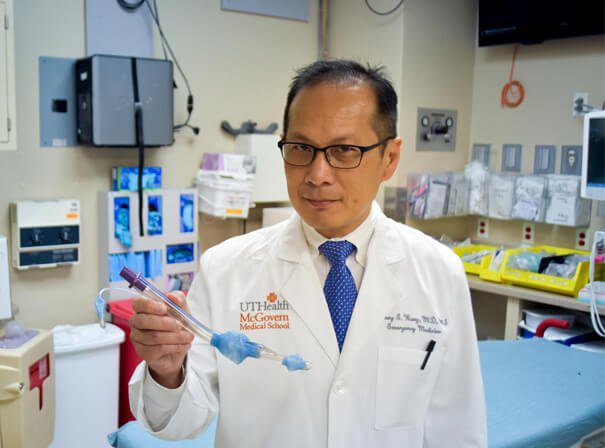