One of college basketball’s best players of the 2020-2021 season, E.J.Liddell is a power forward with a big future ahead of him. The Ohio State Buckeyes youngster was also ranked the best player in the state of Illinois and was a consensus four-star recruit. A first team all-Big Ten as a sophomore, he was also in the running for the prestigious Naismith Trophy and made Illinois high school basketball history as one of only two players to be named Illinois Mr. Basketball for two consecutive seasons. The NBA draft prospect is a strong, mobile forward, a solid low post scorer and sets good screens for his teammates on offense, and if he continues his tremendous growth as a player he has the potential to become one of the greats of the game.

Hailing from Belleville, Illinois, Liddell’s talent shone through at Belleville High School-West and as a junior he averaged 20.8 points and 8.2 rebounds a game. He went on to win the St. Louis Post Dispatch Player of the Year, the Illinois 4A class state championship and Illinois Mr. Basketball for two years in a row. In 2018 the promising youngster committed to play college basketball for Ohio State over scholarship offers from the likes of Missouri, Illinois and Wisconsin.

After breaking out during his sophomore campaign, Liddell has shown even more improvement during his junior year, upping nearly all of his per game averages and being named to the first-team All-Big Ten. The rising star is projected to go in the first round of the NBA draft if he enters at the end of the season, but until then he continues to shine at Ohio State. 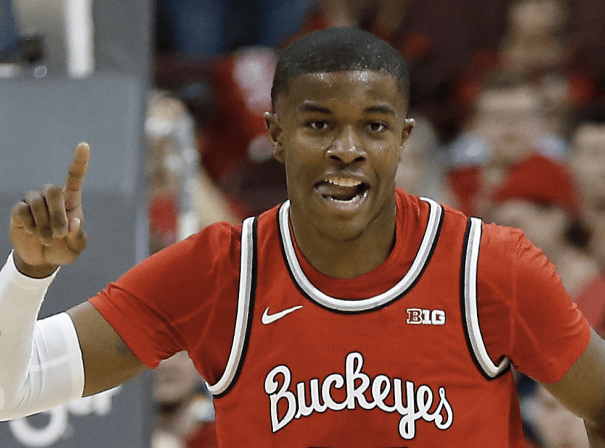