Ian Fowles, known professionally as Eaglebones Falconhawk, is an American musician and actor. He’s best known for being a part of The Aquabats, a band who brought music, costumes and storytelling to the stage. His on stage persona, Eaglebones Falconhawk, has his own laser guitar and he can produce his own invisible sidekick, The Dude.

As the lead guitarist for the Aquabats, Fowles is well loved by fans of the band. His character is also seen to be a leader and despite his skinny stature, he is a strong personality within the band. He is the most focussed character in the band’s TV show, The Aquabats! Super Show! The show ran between 2012 and 2018, showing weekly episodes of the band acting out fake scenarios before performing music for their followers. The show was relaunched on Youtube in 2014, reviving the band’s image and gaining them new followers.

Now, the band has over twenty thousand followers on Twitter and a whopping seventy thousand on Instagram. Fowles has an additional twelve thousand on his own personal account where he often maintains the persona of Eaglebones Falconhhawk. He is extremely dedicated to his character, doing everything he can to remain on brand. He even flat irons his hair to make it look like bird feathers! Fowles is now available on Cameo too where he offers personalised videos and messages for his fans for a small fee. 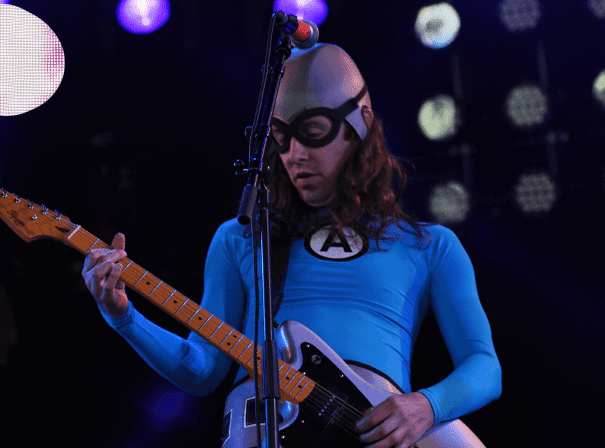