One of the greatest strongman athletes of all time, Eddie Hall is globally famous for his incredible feats in the world of weightlifting. He was the world record deadlift holder until 2020, lifting 500 kilograms, and was the winner of the World’s Strongest Man competition in 2017. He has also won the UK and England’s Strongest Man events on numerous occasions and was second at Europe’s Strongest Man in 2017.

Born in Staffordshire, England, Hall suffered anxiety attacks as a child when his Nan was diagnosed with cancer when he was 12 years old. His school and career began to be affected by his anxiety, and he had to give up his dreams of becoming a competitive swimmer. Hall’s life appeared to be on a downward spiral until he began counselling and medication to help his anxiety, and began to get into bodybuilding inspired by his childhood hero, the legendary Arnold Schwarzenegger. Hall originally wanted to win the coveted Mr. Olympia title, but knew it would be too difficult due to his build and height. He then began competing and training in strength sports and hasn’t looked back since.

Just one year after his first strength competition, Eddie won the UK’s Strongest Man show in 2011 – a competition he won for the next 5 years. His biggest achievement however came in 2017, when Hall won his long-awaited World’s Strongest Man title in Gabarone, Botswana, cementing his place as one of the best strongman athletes in history. 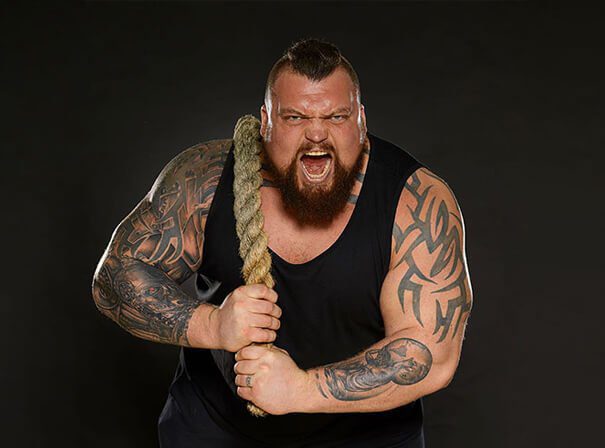